If you think, having an occasional gang-bang in a “communal” restaurant to give vent to your suppressed nature and thus to change our world to the better is a preposterous idea, then you have not read Alan de Botton’s new book, Religion for Atheist, yet.

Besides some indeed strange ideas, the populist philosopher proposes in his latest book a set of good, some quixotic and otherwise idealistic ideas of how a secular world is supposed to learn from religion, without accepting its stringent dogmas and considering the “unproductive question” of the existence of God.

De Botton attempts to extract virtues like kindness, tenderness, wisdom or healthy pessimism from various religions for the benefit of mankind, whereby he predominantly refers to Christianity and not even once to Islam.

While writing with a wry, raised eye-brow and an intellectual tone – though never high-brow – he often leaves the reader guessing how serious he takes himself.

When he derives his idea for the earlier mentioned “yearly moment of release” from the medieval Feast of Fools, he forgets that we indeed have more feasts of and for fools than we actually need. It seems that de Botton does not realise that some of his ideas are already part of our life.

Further, quite often he merely sees the positive sides of his proposed ideas, but not their downsides or why these ideas can not be assimilated to the modern secular life.

For example, he writes that we are living in a “book-swamped age” and should rather replace some of our paperbacks for beautiful volumes that would “assume a permanent place in our hearts,” like a bible does for christian.

Although it sounds to me that there is an ardent book collector writing, I do not see (like a Buddhist) the advantage of being attached to any material (even in form of a book), while downgrading paperback books, which allowed knowledge and positive distraction to spread beyond Gutenberg’s imagination.

Inspired by the Jewish Wailing Walls and the suffering of Jesus, he proposes to evoke in men a “non-religious pessimism” that would make us more “unsentimental about earthly reality,” but at the same time remind us that none of us is alone in their suffering.

It seems as if the de Botton does not consider that our modern narcissism is nothing but a pretentious mask hiding our real lonesomeness and affliction. Therefore, I am not sure whether billboards, saying “wanting always to commit suicide or otherwise hurt myself,” would be utterly helpful.

Yet, de Botton offers certainly good ideas as well. For example: inspired by the church, he reminds us that our education should cultivate first and foremost human beings instead of skilled robots who leave a factory in order to function.

But like the other ideas, de Botton does not get deep enough into the subject in order to  dismiss other counter-arguments and or to reveal the real roots of the problems, which are more important than an religious inspired panacea that would only cure the symptoms.

Lastly, I ask myself whom de Botton addresses his book to? Obviously nonbelievers, but not strict atheists, as he writes himself. The only group left might be is the New Age movement who already created some kind of new religion from other religions – something de Botton tries to avoid, or not?

Considering the price of a book, which is only available as hardcover and where at least one third of the is left blank or printed with partly superfluous pictures, I would think twice about buying it. 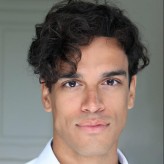 Capital punishment - yes or no?

Sub specie aeternitatis or how serious are my problems?